Not a member yet?

Signing up is easy and takes less and 3 minutes. Take a moment to create a user and get verified instantly.

Sign in to begin browsing the members areas and interracting with the community.

Let us turn the clock back 29 years to April 1961 on my return from Norfolk, where I first caught the boating bug. An article written by Gordon Monsarratt caught my eye. He suggested that as there were Sailing Clubs and Cruising Clubs in the Medway area, why not a Boat Club to cater for the interest in the small engine power craft appearing on the river. He asked for anyone interested to contact him.

Sufficient response was received to arrange an inaugural meeting of the proposed Club at a Hotel in Rochester. 24 people attended and the proposals were outlined, all were in agreement to proceed. A Caretaker Committee was appointed with Gordon as founder. Three committee members were appointed, including ‘yours truly’, the usual officers were appointed, the positions voluntary. My lot was Social Secretary, the first of a long line. There were only three boat-owning members at this first meeting.

It took a long time to decide the name of the Club so as not to clash with existing Clubs’ initials. KBC seemed insignificant, SBC likewise. Although, at this stage there was not any apparent skiing interest, it was felt that it may develop into same, so we added the S to KBC to form KBSC, which has been retained ever since.

Once the Club was formed, boats were being purchased with “mammoth” motors, right up to 18HP! One member soon rose to dizzy heights with a monster of an engine, a 40HP Bundy, which seemed to be sinking the transom of the boat in its wake. Screams of delight pursued, with comments like “Look at the size of that!” Then the full strength of the members turned out in force at Queensborough, ‘Our Spot’ in the form of 4 boats. At the same time two of the more prominent skiers, Ladies, may I add, made their debut on skis, as shown on a cine film taken by me.

Things were beginning to move on this new KBSC scene and anyone seen to own a boat was ‘touted’ to join the Club, and a few approached me with a view to joining. With a joining fee of 3 guineas, the proverbial question was asked “what do I get for that?” The answer was very little except the company of members in this most enjoyable pastime and fraternity. We had no launch facilities except for the public slip, no clubhouse, free use of the river, no money, nothing. Gradually the formation of the new club, no longer a land club became a club afloat, we were “under way”.

Then came the time to organise and make up a full committee, but, more so, where to hold the meetings. At first in the Children’s room of a pub, then the Lounge Bar of the Central Hotel in Gillingham. The first social evening was held there, and the first Dinner and Dance. With an attendance of 60 to really launch the KBSC in style, this venue was made Club HQ. Then came the need for something more exclusive, a launch site and clubhouse, the main necessity and ‘ingredient’ of any boat club.

Gillingham Corporation had nothing, Sheppey put us onto a farmer at Elmley Ferry who owned the waterfront, also Swale Yacht Club may let us share their basin (I could smell problems with yachts and power boats together – even 18 and 40HP!). Elmley needed loads of hardcore to raise a ramp over the sea wall. Hours were spent trudging along the foreshores for flatter alternatives. An appeal was set up and the more wealthy members subscribed to a fund to hire earth moving equipment for the ramp, but even with permission from KRA (Kent River Authority – now MPA) and a lot of organisation , it was realised that with such a rough road the amount of rubble required and the cost of hire, the project was abandoned. The fund remained open and the search continued for alternatives. Swale was hopeless as no water was available hours before high tide. Then Bowater’s allowed us to launch on the mainland side underneath Kingsferry Bridge. This greatly increased membership and the Bridge became crowded. Complaints followed from KRA as a danger to shipping. We must get nearer to Gillingham as skiing was allowed at the Strand, but this was later stopped following complaints from moored cruisers, what complete frustration.

Still the search continued for a launch site and it was found to be possible on the island side of Kingsferry, the land being the property of British Rail, from whom we leased the land for £20 per annum. A concrete road was laid and a twin track slipway to the water. All security was breeched, so it was still not exclusive. The pilots did not want us there and although the Council had knowledge of the building process we had not applied for, nor received Town and Country planning and were duly summoned to court. We made the statutory appeal, which we lost. Hours were spent over the enquiry and members were helpful with time, and even money, but without results. Still the frustration continued, exasperating!!!!!!!!

Years ago there was an Army Camp at Woulham and a slipway was used for bridging exercises and training, could this not be used at weekends? Several Army Officers were visited and asked for permission to use the slip, but no one could say who’s jurisdiction the Hard came under until eventually a Land Agent was contacted in Canterbury, permission given and the necessary lease drawn up. At last, at long last, we had a launch site for our exclusive use. Eventually skiing was allowed in a set area, and Wouldham, although very muddy, became a popular venue to many, but not to all, as complete satisfaction is never gained by all. Club membership began to rocket and as many as 15-20 boats were used at Wouldham at one time. It was great, as also was the need for a clubhouse. So, the persistent committee set about yet another arduous task.

Gillingham Corporation was approached and they offered us a derelict dump of an old ice-cream factory, with rusty iron roof rafters, a huge gulley running down the middle stinking with stagnant water, four large concrete blocks in each corner, 8″ thick, which were the bases for machinery, filthy dirty windows, with the whole building shrouded in weeds and long grass. We decided that as nothing else was available, we would take a chance. With the popular venue for launching, at last our ambition had been achieved, the nerve center of all clubs – A CLUBHOUSE. The first major job was to disperse with the concrete bases. A hired pneumatic drill did not work so it was club hammers and chisels for 3 weeks. One member laid the floor, others put up a false ceiling, two electricians, who just happened to be members did the wiring. Painting and decorating was to the fore for hours, days and weeks, and then we made the all important bar, then came the opening night. What joy and excitement. But it was colder than charity and that’s bloody chilly. No money to buy heaters or curtains, so we ended up with an assortment of various types of fuel heaters, and members got rid of old furniture for somewhere to sit.

Being very proud of our efforts came the time to become licensed, and with great shock we realised this would not be possible as we did not have sufficient fire precautions, toilets or hot water. So, again it was all hands to the pumps and with a helpful Bank Manager, who realising the potential, saved the day. But still we did not have ‘My Dream’, our own launch site and clubhouse on one site together, perhaps one day, we thought, a miracle might happen because KBSC members continued to rocket. We started the first frightening ski race at Stangate Creek, such a small area, I was so frightened I could hardly watch, boats were getting larger, engines were becoming ferocious beasts, and where the KBSC was becoming the finest in the area, it soon became the finest club in the country. Powerboat racing started in earnest and UKOBA was formed followed by ORCDA, or maybe vice-versa, and then the commencement of the long and still continued arduous efforts of the officers and committee and the fantastic clubhouse and launching facilities you have the extreme pleasure of using today.

As you revel in this luxury, spare a thought for the colossal amount of work, hours, days, months and, of course years in the past that have made for me ‘ a dream come true’. As we head forward through the years remember :-

“Enjoyment and profitability are both directly and proportionate to the number of members who attend”.

Following the efforts of all of the Commodores, Secretaries and Committee members in providing the facilities available today, makes me proud to be a Founder Member, Hon Secretary, PRO but, most of all, Honorary Life President.

“Happy and safe boating to you all” 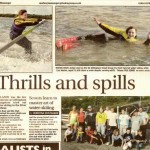 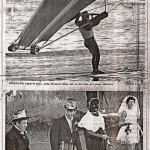 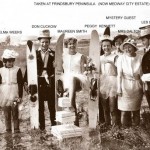 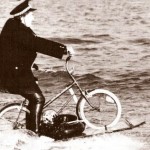 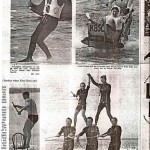 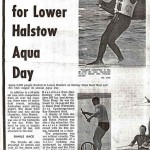